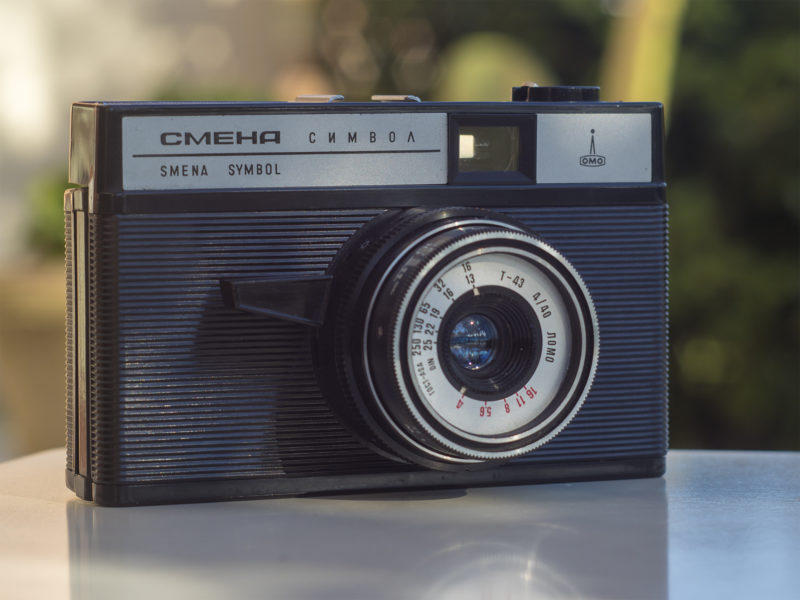 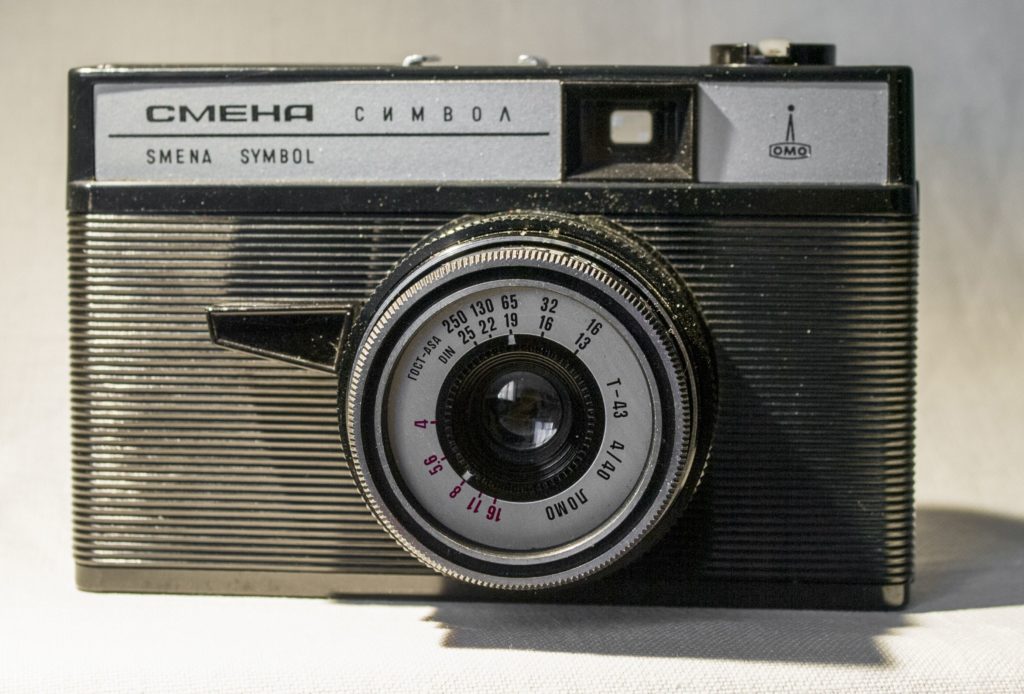 The Lomo Smena Symbol is a camera that encapsulates the Russian philosophy of the ’70: robustness, reliability and quality.
The line is anonymous but in those years, in Russia, there wasn’t a design research. The country was involved in the cold war, and they aimed above all on a reliable and simple to use product and that it could be used on a large scale by the people. 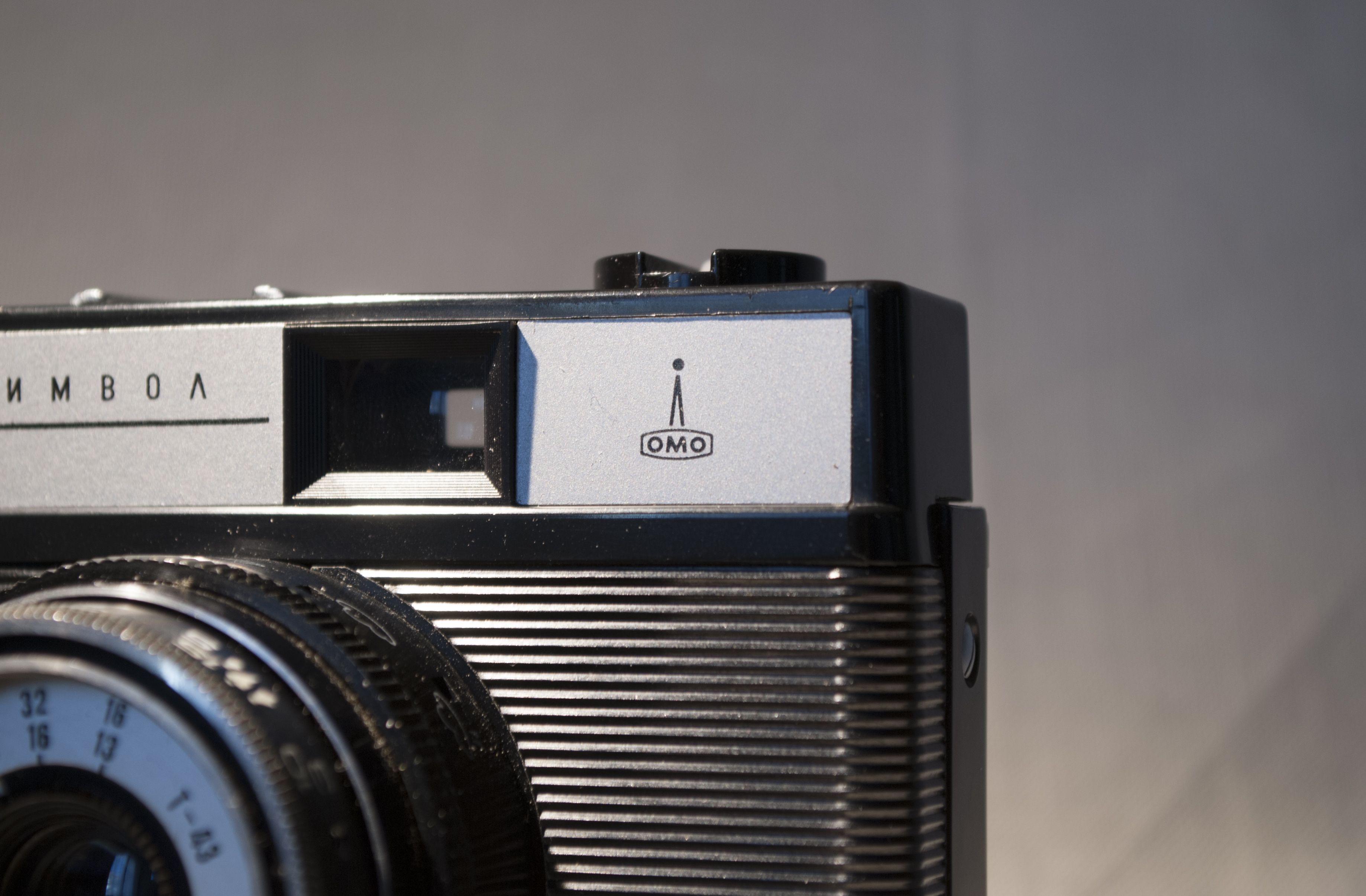 The Smena Symbol was built in the workshops of the LOMO (Leningrad Optics and Mechanics Amalgamation) between 1971 and 1991 and is a perfect example of simplicity, strength and reliability that have made Russian brand one of its flagships.

Its story starts from 1953 with the Smena1, an innovative project which was to enclose the keywords reliability, precision, simplicity and strenght. The Symbol can also be considered the evolution of Smena 8M from which inherits many features and evolve the shutter and the drag lever.

Why Smena? The name Smena translates to “Change” and refers to the fact that this camera was born as redemption of Japanese and American competitors on Russian photographic world, which has nothing to envy.
Why Symbol? Instead of simply adjust the shutter speed the Russians drew symbols in order to determine the shutter speed depending on the environmental conditions: brilliant, isn’t it? 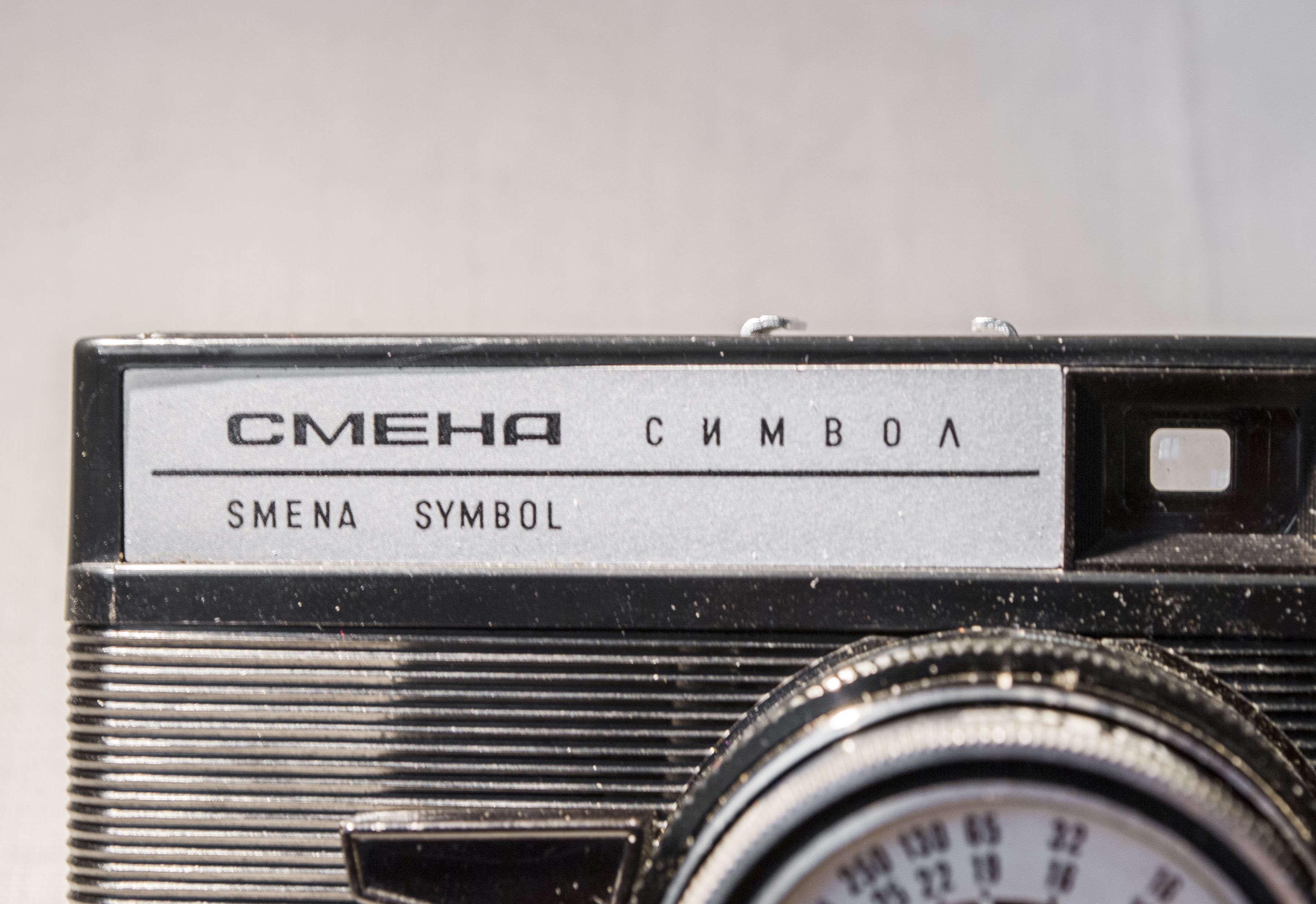 HOW I GOT IT

It must be said that finding one in good condition and running is difficult. Find one in immaculate condition is much more difficult. I had the immense good fortune to find it in excellent condition, with equally in excellent condition only 5 €. In the past, in Europe it was easier to find the version produced for export, Cosmic Symbol, but since the advent of the fall of the Berlin wall, many Soviet models have landed in our market, brought by street vendors with their iconic Russian stalls. Soviet cameras are also characterized by the particular ease of locating the production year: just read the first 2 digits of the serial number. 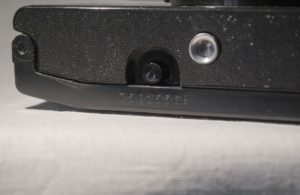 Also a nice and rigid case was provided, very useful to protect it from occasional minor bumps and scratches. Maybe a little cheap, but great in his task. 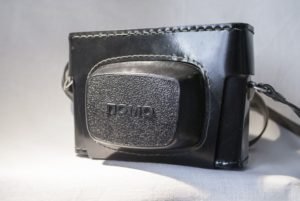 Using the Smena Symbol we have the sensation of holding an object that doesn’t want to be handled with care: when you operate the advance lever seems to load a firearm and gives the feeling of being designed to last. Suffice it to say that it was built in a country where the words “consumerism” and “disposable” were far from the philosophy of the Communist regime.

It’s a camera that is simple to use, although it has no exposure meter. Nowadays it is thought to be impossible to photograph without light meter, but someone like me still use films, found himself at least once in my hands a camera with light meter broken or not present. Do then? Always valid sunny 16 rule is used to photograph. And it is this concept that is based on the Smena Symbol. After you load the film will need to select the ISO of the film on the front of the lens and then go to edit only the shutter speeds whenever you decide to take a picture (flattened from above mentioned symbols meteorologici2). This way I can ensure that you do not lose even one shot. 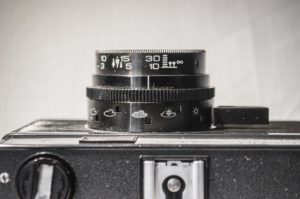 The photographs that I got from the Symbol are really amazing. The lens does not suffer overly vignetting (very common in Soviet lenses of that era) and is bright, an aspect that should not be underestimated on compact cameras of the time. 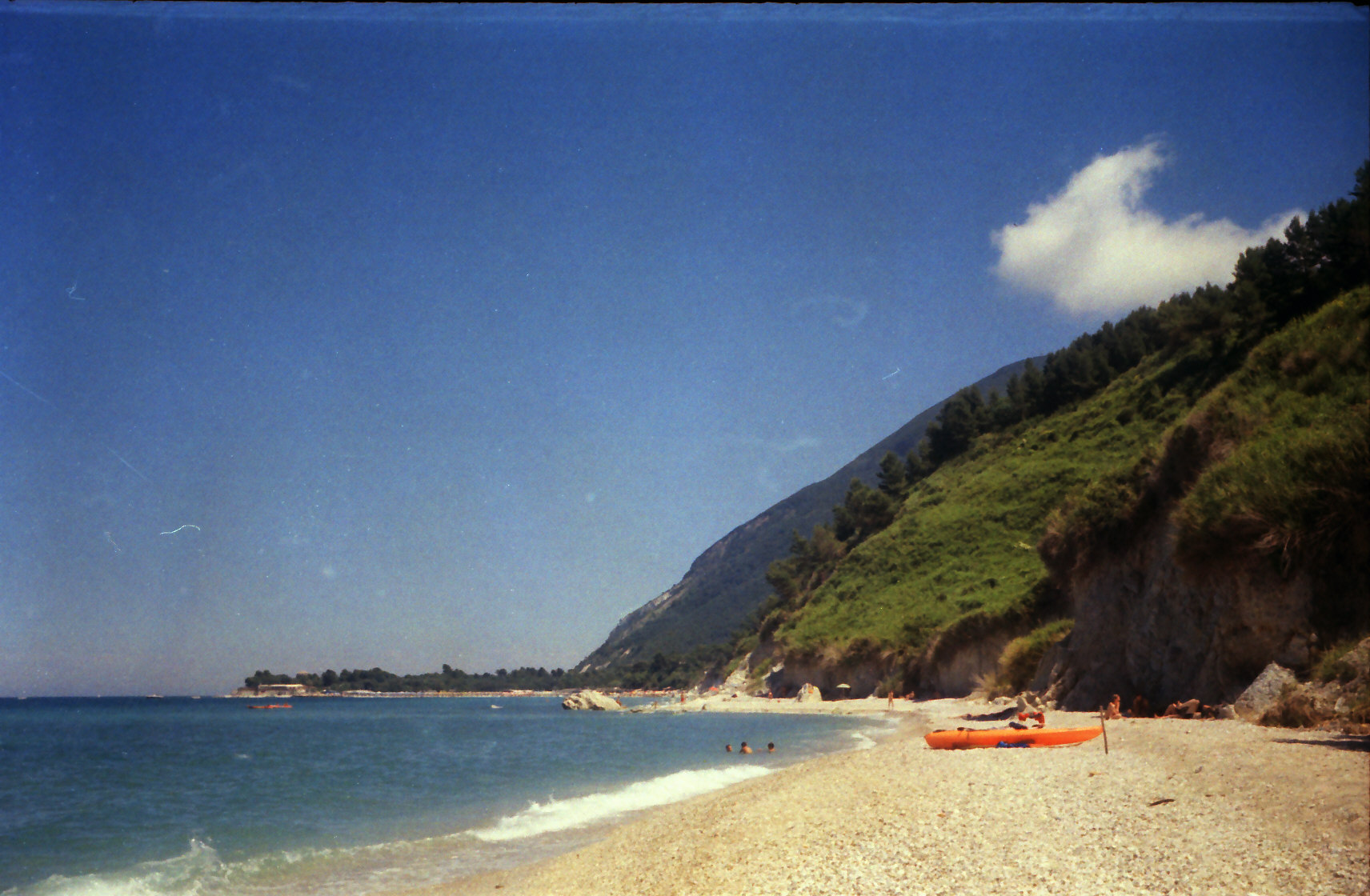 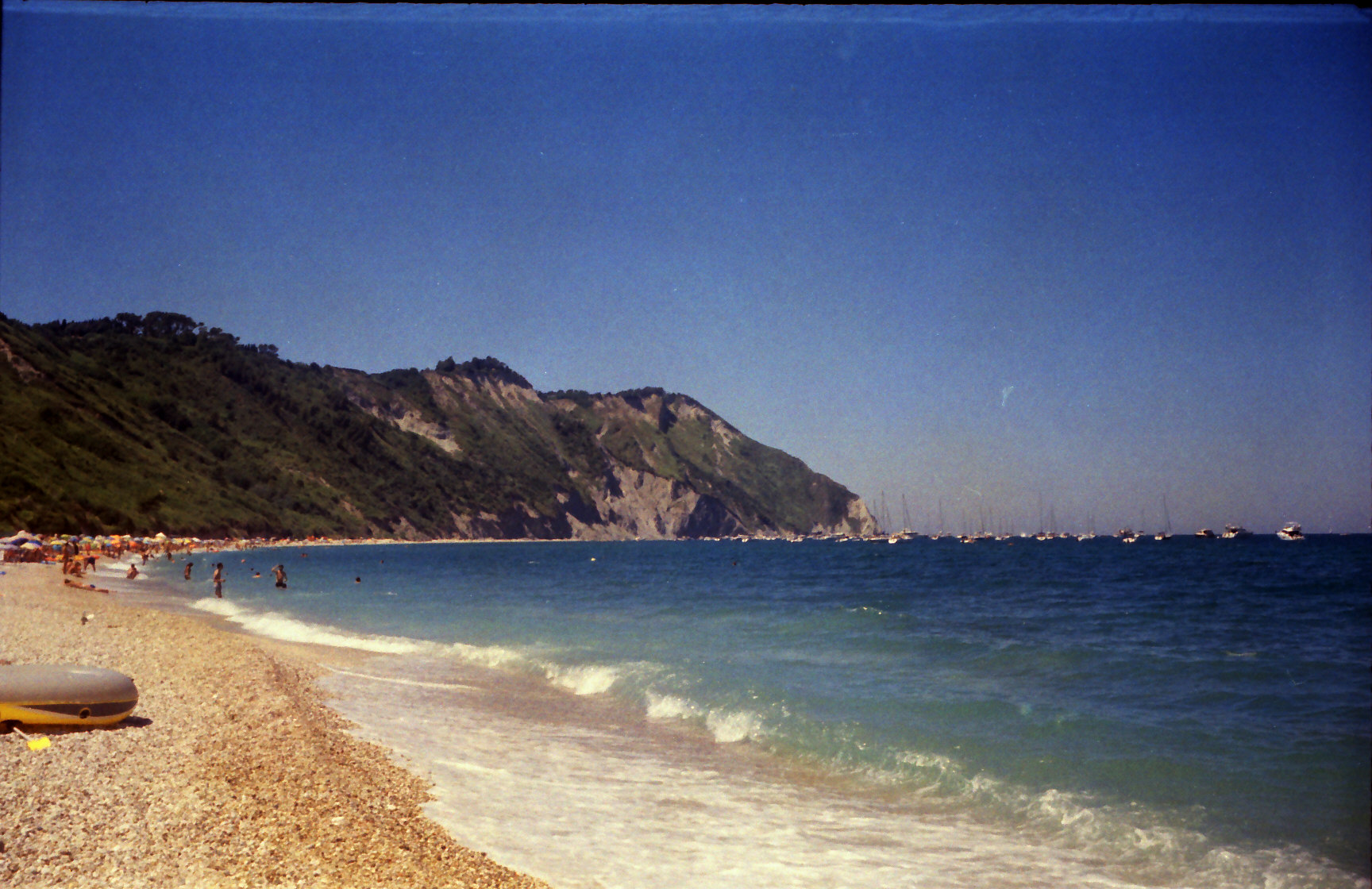 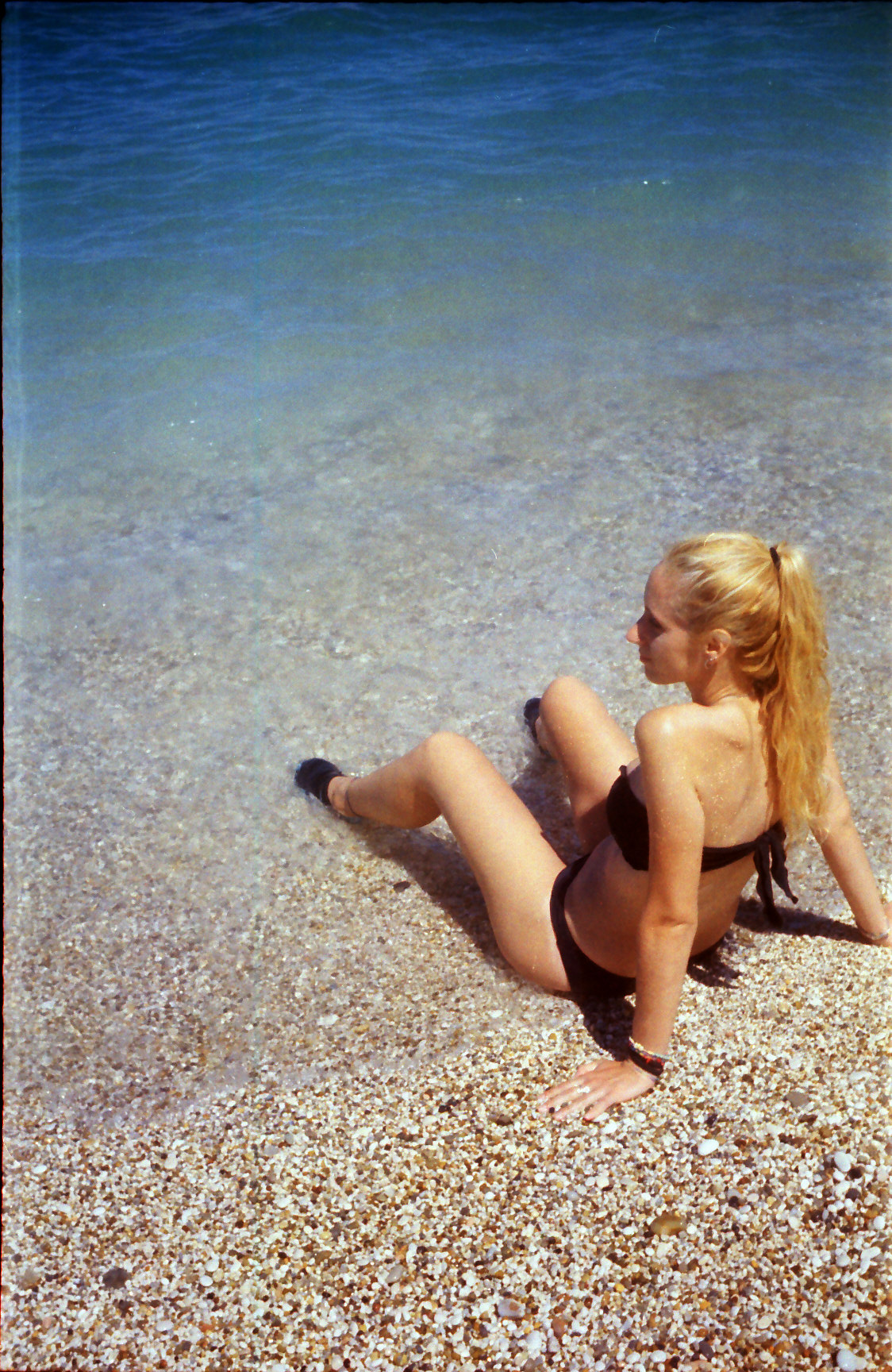 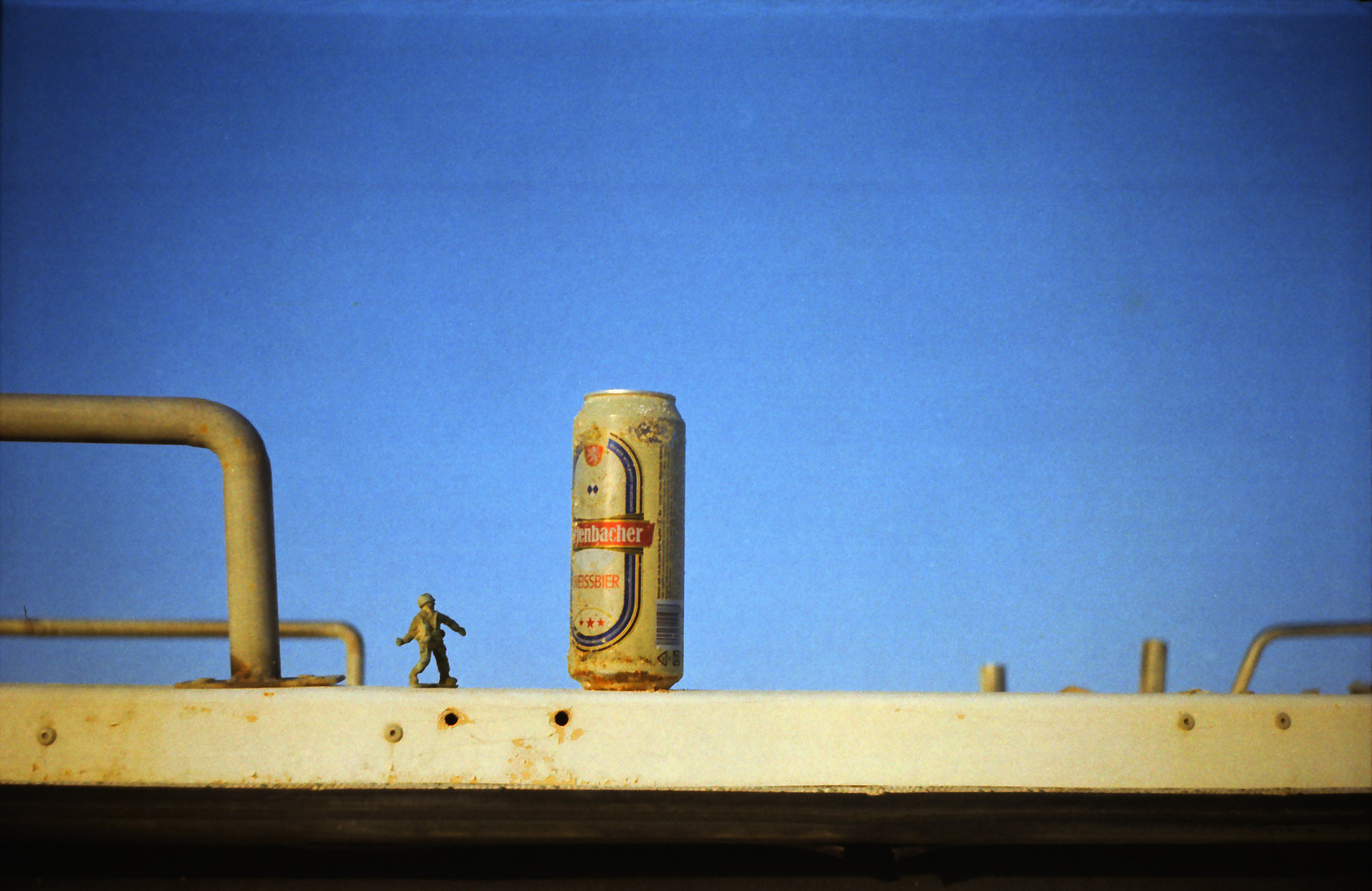 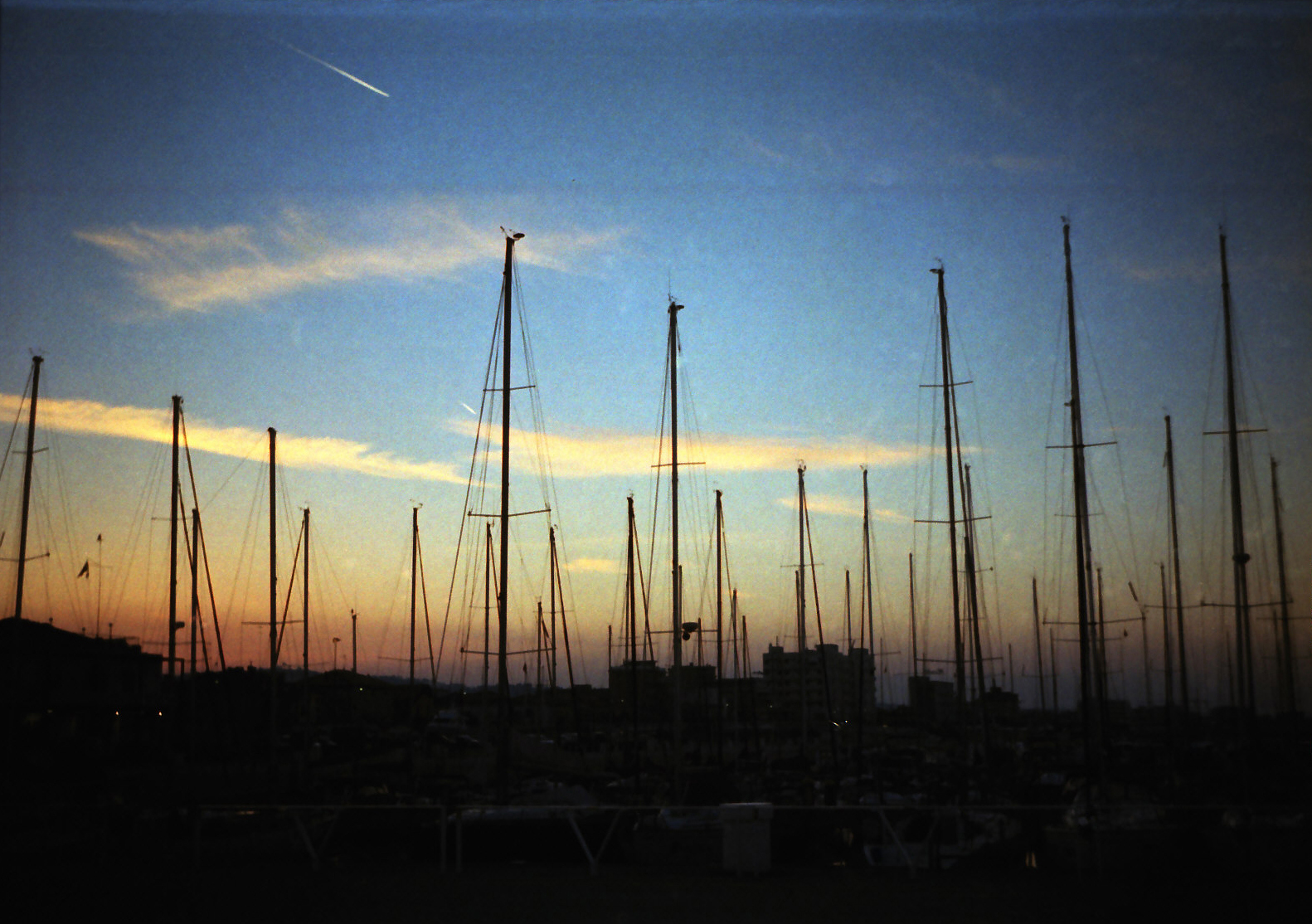 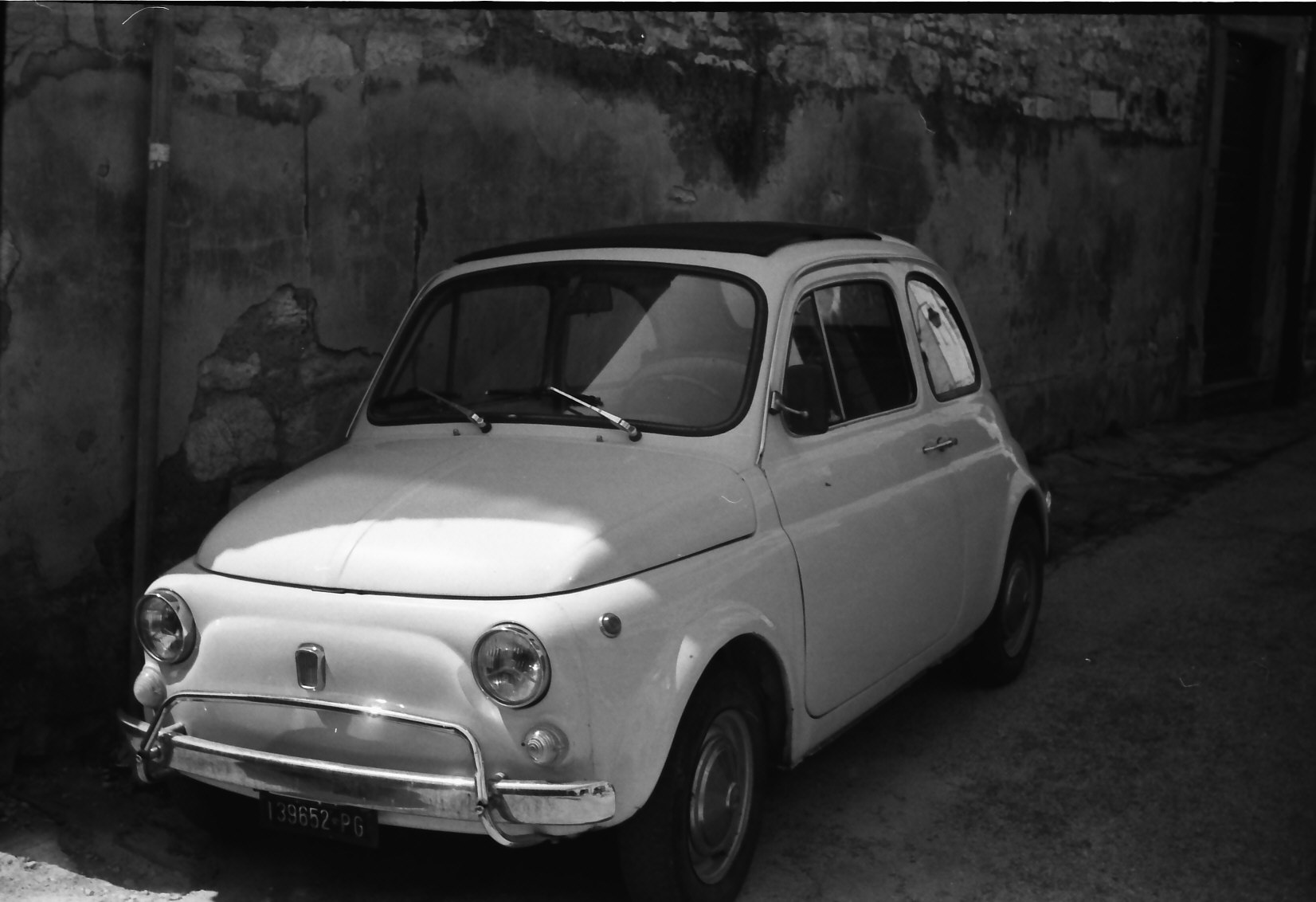 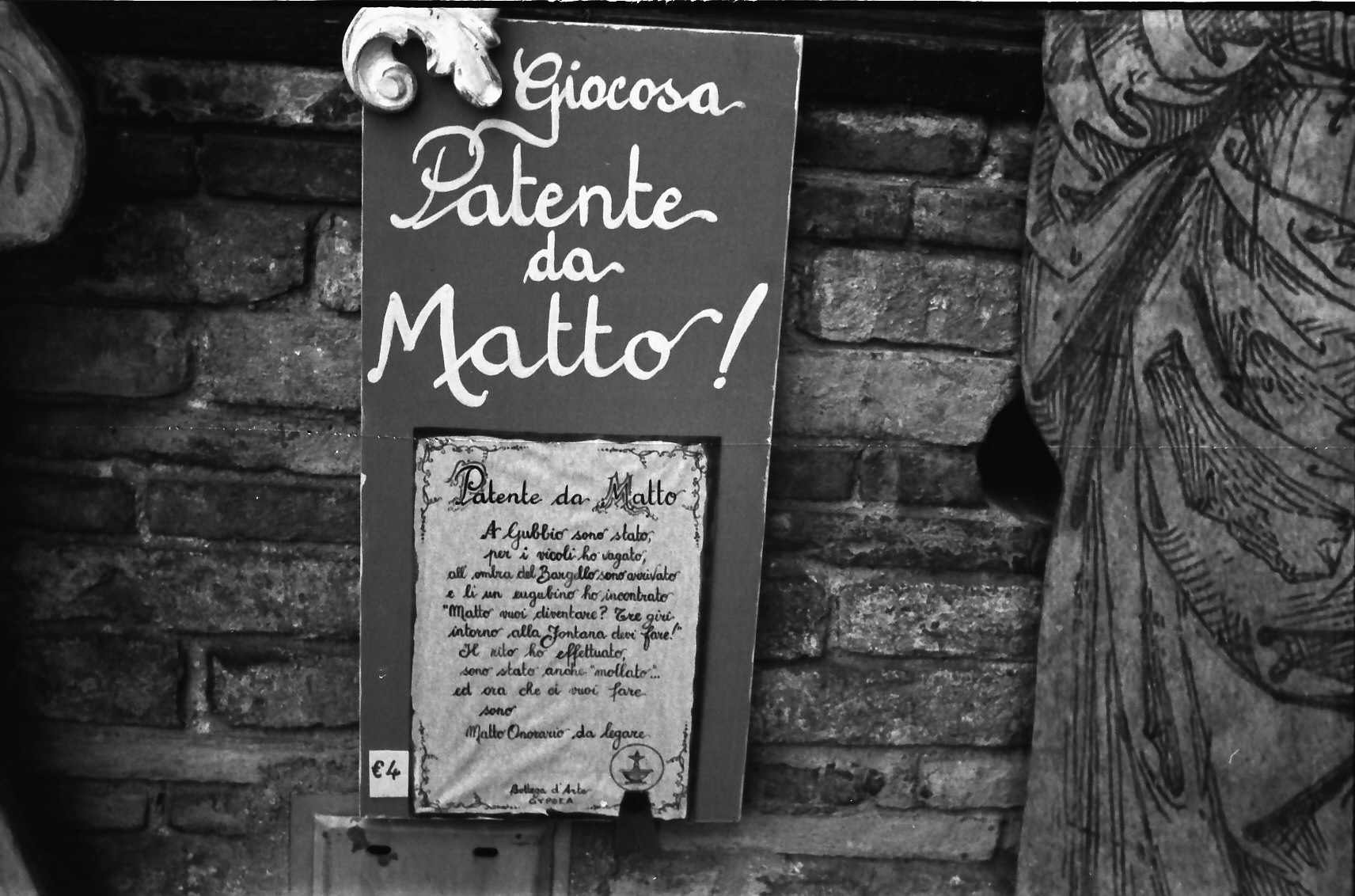 It’s hard for me to find a flaw from lugging the Smena Symbol. It would be fair, however, accuse a serious oversight that the previous Smena 8 m had not: a convenient remote release cable attachment, a feature that I find very useful, especially when you use the camera on a tripod for long exposures. 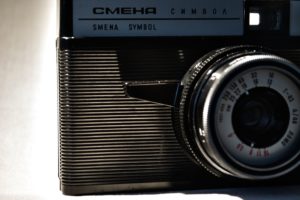 You will surely be understood sliding between the words of this post that the Smena Symbol is one of the cameras that impressed me the most so far. For its simplicity, its anonymity and its high quality (considering the price range) I consider it one of my favorites. It’s a camera elementary but affordable. The same manual States:

… Thus, every beginner having no elementary knowledge in photography can operate with camera Smena Symbol outdoors.

Meaning: “… Therefore any beginner without a basic knowledge of photography can handle a camera Smena Symbol “. And it is so indeed. When I use it I often and gladly shoot without thinking too much (and with good results), a skill that few totally mechanical analog possess.

1. Smena history can be found on this site. ⇑
2. In the manual there is an interesting indication of the symbols: “it is important to remember that you should use the weather symbols approximately from 8 to 17 in the period from April to August and from 10 to 14-16 from September to March.” ⇑

This site uses Akismet to reduce spam. Learn how your comment data is processed.

Geekcamerablog cames from the idea of show some analogue cameras of the past age, but still relevant thanks to the odiern trends that lets to discover those tiny little old jewels that marks 20th century.

Any cookies that may not be particularly necessary for the website to function and is used specifically to collect user personal data via analytics, ads, other embedded contents are termed as non-necessary cookies. It is mandatory to procure user consent prior to running these cookies on your website.